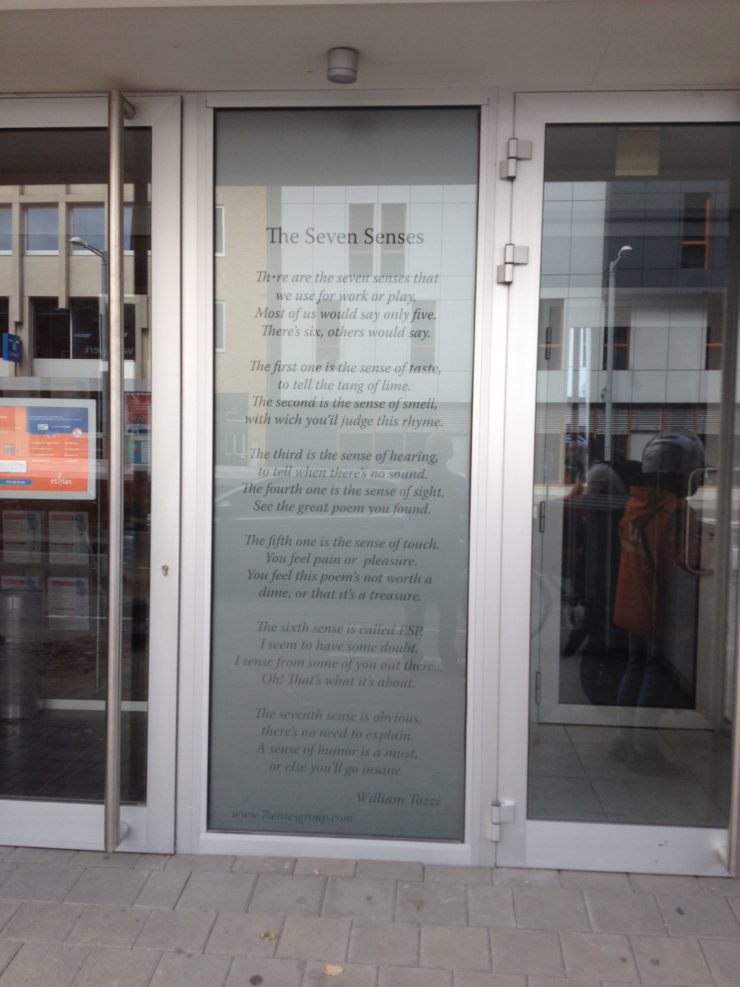 There are the seven senses that
we use for work or play.
Most of us would say only five.
There's six, others would say.

The fifth one is the sense of touch.
You feel pain or pleasure.
You'll feel this poem's not worth a dime,
or that it's a treasure.

The sixth sense is called ESP.
I seem to have found some doubt.
I sense from some of you out there...
Oh! That's what it's about.

The seventh sense is obvious,
there's no need to explain.
A sense of humor is a must,
or else you'll go insane.